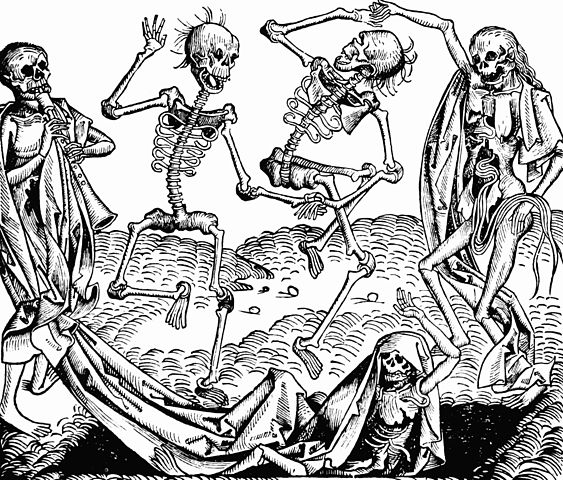 There are a set of myths that ascribe all creation to the Great Creator, the unseen hand of God. Man is also His creation and the inheritor of His universe who then goes on to grow food, populate and do great things—through the use of his faculties but all by the grace of the greater power. These are creation myths that all cultures tell, in their attempt to answer the fundamental questions of Who we are? How did we come here? And why are we here?

However a benign creator can also turn against His own. Myths tell us that God was upset when mankind forgot its allegiance to Him or failed to abide by a righteous life or any such reason. So he had to destroy them all with an exception of a man (and woman) or two. These myths come together under the umbrella of Destruction Myths.

Without exception, every culture, every civilisation has a large store of destruction myths. An angry God kills all, except one faithful follower and his family, could be Noah, or Utnapishtim, or Atrahasis or Manu or Deucalion. All one has to do is change the location and context and the stories ring around a common trail.

Floods have been the common mode of elimination, so has pestilence. Greek myths talk about the plague, unleashed due to the misdemeanours of mankind, as in the myth of Oedipus. Plagues were fearful phenomena, so dreaded by so many that they are often milestones of memory – births, deaths or important events came to be known by ‘before the plague’ or ‘after the plague’.

The current crisis, of the Corona-virus seems like one which will go down people’s memories, as an event that reminded people of the wrath of the gods. While the proportion or the scale of destruction is definitely not of mythical proportions, the lockdown and self-quarantine is definitely unprecedented. An interesting allusion is the Babylonian myth of Atrahasis.

The story goes that the world had become so full with so many people and their cacophonous goings on that Enlil, the Mesopotamian god of wind, earth and storm and chief god of the Sumerians, had trouble sleeping. Angry and sleepless, he unleashed a plague upon men. But there lived one wise and good man among all, Atrahasis.

Enki, the god of wisdom and knowledge and also mischief, warned him of the impending destruction and advised him begin praying and propitiating the plague god, Namtar. Namtar is so shamed by this show of attention that he ends the plague. And then, history or myth repeats itself.

After 1,200 years, mankind has again multiplied to the point where Enlil is upset again and this time he unleashes drought. Once again, under the advice of Enki, Atrahasis prays to Adad, the thunder-rain god, to release rains. And there is a pattern.

Another 1,200 years later, the noise is unbearable. This time, Enlil wants to make sure that no one god can weaken his resolve, so he locks down all the gifts that the gods bestow on mankind. Gods were made to guard heaven, the earth, and the waters, to see that no means of nourishment reaches the humans. In addition, Enlil decrees infertility thereby reducing the multiplication of humans. Things get pretty bad.

However, Enki foils the complete starvation plan by letting loose large quantities of fish to feed the starving. Enlil is furious and determined to wipe out mankind, brings down a devastating flood. But the benevolence of Enki saves Atrahasis, who saves one pair of every species and puts them into a boat that he is shown how to build and escapes the wrath of the gods.