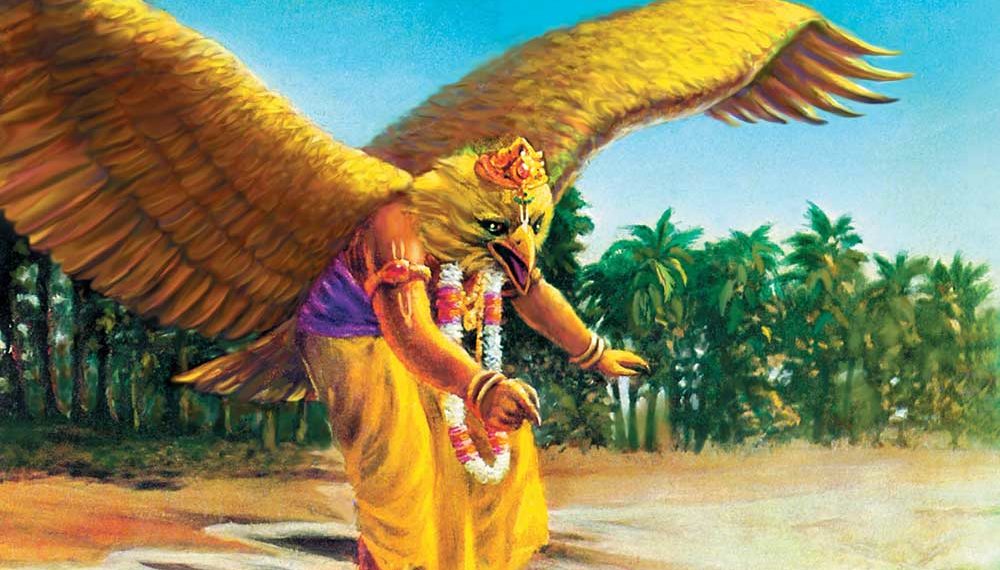 In Indian traditions, the eagle has had a very significant place. As Garuda it successfully wrests the much sought after soma from Indra’s custody to free his mother of a curse. As Vishnu’s vahana and carrier of doom for the serpents, it marks the growing power of solar gods in the pantheon and as the great bird in the sky and the only one that tries to stop the abduction of Sita, it becomes an inseparable part of the epic poem Ramayana.

It is interesting to see what the eagle symbolizes in the ancient world, across geographies and cultures as it helps grasp the development of the figure in Indian mythic and epic narratives. As the bird that can fly higher than the rest of its species, it has always found a special place and role in the pantheon.

# In the Egyptian hieroglyphic system, the letter A is represented by the figure of the eagle. It stands for the warmth of life, origin and the day

# Across cultures it is associated with heroism, majestic flight and speed and is often part of the symbolism that surrounds gods of thunder and lightning

# In Sumerian art, the eagle is also depicted with a lion’s head, the perception being that the bird is to air what the lion is to land

# It battles the serpent as Garuda in Indian mythology and as Imdugud (Anzu) in Sumerian texts it is shown to tie the two deer, the terrestrial and the celestial ones by their tails

# In Christianity, the eagle plays the herald, a messenger from the heavens

Source: A dictionary of symbols by J E Cirlot