Folktales have many different motifs. 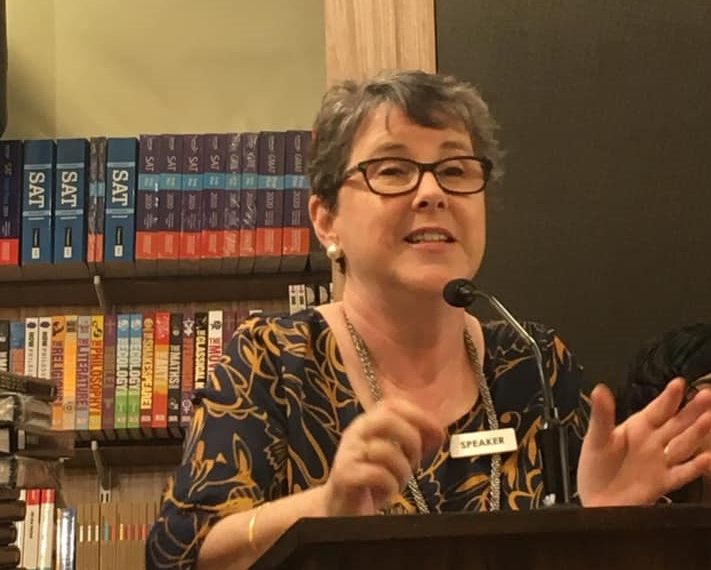 Ms. Sheila Wee, founder and director of Federation of Asian Storytellers, Singapore, speaks to Utkarsh Patel of The Mythology Project, on the sidelines of the MIST Festival 2020, a festival of Storytellers from across the world, at Panchgani, India.

Utkarsh Patel > What is a folktale?

Sheila Wee > Well to me, folktales are folktales, the stories of the folks, the stories of the people and they reflect the lives, the trauma, the problems that people in every culture face. There are obviously different kinds of folktales, there are wisdom tales, where the story is meant to teach, meant to teach how to live in communities and that is one of the wonderful things. Folktales have very many layers of meaning, they don’t have to be didactic, but they can teach. In any folktale, you can find different themes that you can bring out.

What do folktales mean to you?

One of my storytelling teachers, an American, he talks of the MIT, i.e. the Most Important Thing and when you tell a story, and you must think what is the meaning of the story to you, because when you tell it, if you really thought about it, that meaning will come out. So I just think that these stories are such wonderful vessels of communication.  Like some of the Thai folktales are wonderful management lessons. I told a lot of stories in Singapore on patriotic education, about racial and religious harmony, about meritocracy, about incorruptibility and nation-building.

I use folktales for all this, folktales not just from Singapore or SE Asia, but from all over the world.

So is there a sense of commonality in folktales of the world, or do you think they are unique to a region?

Even in folktales? That’s a common motif in European mythology too.

I mean you go on a journey, and Jack has to rescue this princess and faces different things. There is more individuality in the European tales while there is more community, in the Asian tales. It does reflect societies….I am not an expert, but that’s one thing I have noticed.

That’s an interesting observation. So you have been in Singapore now for a while and what I would like to understand is, what stories do you focus on?

I don’t tell stories only from Singapore, but from all over Asia, I do have a few European ones, but in Singapore, the Chinese community is the major group. There are many other groups, but the Chinese are about 71%, the Malays are about 14% and Indians are about 8%. I tell a lot of Malay tales because they are the stories of the land. But I don’t see where the stories come from; I see if the story speaks to me. I am in the lucky position, I can find a story and choose it……and I don’t say it unless it excites me. I think it’s very important that Asian children should know Asian stories, just as European children should know European stories.

When I first went to Singapore, I was shocked to see every child and every adult knew the European folktales, they knew the common ones, the nursery talks, Little Red Riding Hood, the Three Billy Goats, but they didn’t know the stories of the land, and particularly the Chinese did not know the stories of their heritage, except those who went through Chinese education. In the 70s there was a change of medium to English language education and thus a lot of stories went away.

In case of many of the Chinese in Singapore, the men came first, and they had to work very hard. There was a storyteller, a Chinese storyteller, who sat by the bridge or under a tree and his audience were manual workers. He had a tin can filled with sand and he had a joystick. He would put the joystick in, and light it. People gave him money and he would tell stories until the joystick burnt down and then he would light it again. But his were more from the Chinese written classics, the sword-fighting epics, etc. His name is not known. Then there were storytellers on radio and they told stories every afternoon in the Chinese dialect, very famous ones, but again from the Chinese classics. But this man brought the stories to life. He told the stories in Cantonese, while others told stories in different dialects. But that died out as well, so by the early 90s and 2000, these stories had all died out in Singapore.

The Indians knew their stories because their stories were so connected to their religion, the Malays kept theirs, mostly the folktales, about the mouse, the tricksters and some were found in the Malay annals and some were found in the school textbooks. There were some well-known tales, not many. So when I started to revive way back, there were no storytellers, but now it’s a vibrant scene in Singapore and more people are telling stories

We will soon be uploading a few stories told to us by Ms. Sheila Wee.