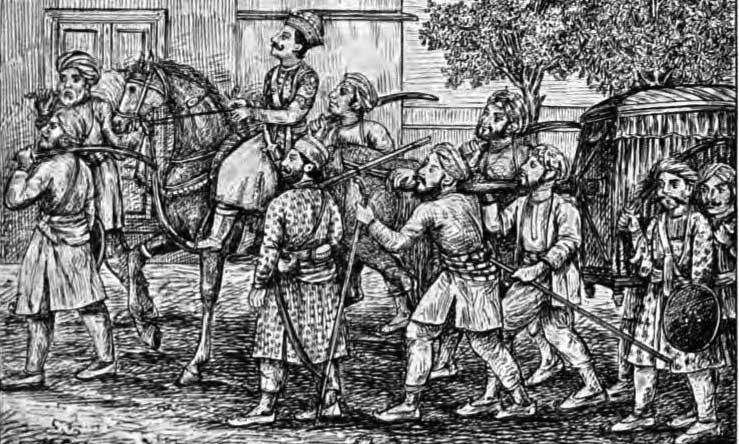 Once upon a time, there lived a man named Rasalu, who was known for playing the flute as good as Lord Krishna. People said that he was no less than the Lord himself when it came to playing the flute. Rasalu was a good soul and was also intelligent.

In the nearby kingdom, lived a princess who was very intelligent. She had made a vow, that she would marry only him, who could defeat her in ‘chaupar’, a board game and gave her correct answers to the questions that she asked him. Many came to try their luck but were defeated. However, what was not known was that she had a magical rat, which would run so fast and turn the dice to the incorrect number for her opponent, that the rat would not even be visible. Besides, she also had a parrot, which could read the minds of the people and would tell the princess the inner fears of her opponent and thus the toughest questions for them.

When the news of the princess’s vow reached Rasalu, he decided to try his luck, though he was warned of the embarrassment and insult faced by many. Rasalu went to his favourite deity, Lord Shiva, and played his flute to appease him. After a long time, Lord Shiva asked him what he wanted. Rasalu said that he wanted to win the hand of the princess and that the Lord must help him. Lord Shiva, gave him a cat and an eagle and asked him to carry them with him when he went to see the princess.

When Rasalu, met the princess, he fell in love with her immediately. Soon the game of chaupar was laid, but this time, none of the tricks of the princess worked. Seeing the cat sitting next to Rasalu, the rat never came out to turn the dice against the opponent. Soon Rasalu won the game, much to the Princesses surprise and anger. She then said that she would ask questions, but she could just not figure out the inner thoughts of Rasalu, as the parrot was too scared to open its mouth, seeing the eagle sitting on the shoulders of Rasalu! Accepting defeat, the princess got married to Rasalu, making him King Rasalu.

After many years of living the householder’s life, Rasalu came across Guru Goraknath, who impressed upon him to give up everything and lead a spiritual life. Goraknath is one of the gurus of the famous Nath-panth. The followers of Nath-panth are found from Afghanistan to Punjab to Bengal and a number of Western states, like Maharahstra and other neighbouring areas. This could be one of the reasons, why this tale is also considered to be an integral part of the local narratives of Punjab. It is believed that Raja Rasalu then became a disciple of Guru Goraknath and went on to lead one of the panths, later known as Mannanath panth, an ashram of whose is today found in a nearby village by the name of Tain (टाँई).

NB: There seem to be many versions of this tale. Please feel free to add the different variants of this narrative.