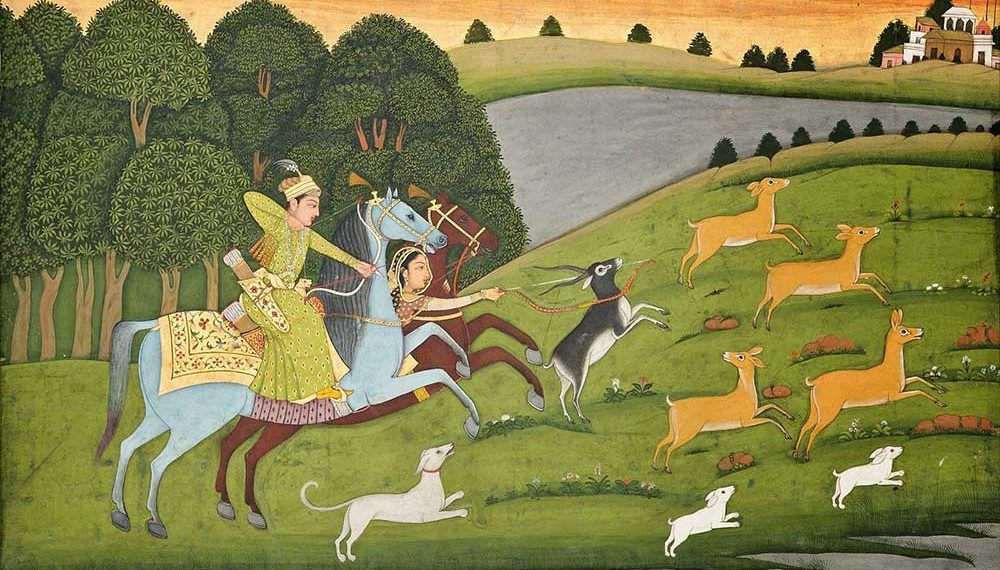 The love story that almost everyone has heard of in the country is that of Rani Rupmati and her paramour king Baz Bahadur. The town of Mandu, its palaces and gardens have all come to be associated with the couple and it has also become the staple legend dished out on every tourist website and guidebook.

The story that we know today through these sources however is a rather truncated version of the original, which itself has acquired many versions. Even its early documentation noted that it had become difficult to separate fact from fiction in the story about the lovers that were being told and retold from memory.

Roopmati lived in a village on the banks of the Narmada, some say she was one of the many girls who made up the king’s dancing troupe which is where Baz Bahadur saw her first. Another story goes that Roopmati was Narmada’s daughter, born in the house of the chief of Dharmapuri. Her father prayed to the goddess for a child and he was blessed with her daughter.

Roopmati was exceptionally beautiful and gifted with a melodious voice, a voice that drew the animals of the forest to her every time she sang. One day, on a hunting expedition, Baz Bahadur saw her surrounded by a large group of deer, rabbits, birds of many feathers while her voice reverberated through the forest. He wanted to bring her back with him to his palace in Mandu but Roopmati was not willing. She would not leave the Narmada, she said. At this Baz Bahadur threatened to change the course of the river or prayed to the goddess (depends on who tells the story). The river then told him to go home and dig at the roots of a tamarisk (jhau) tree where he would find a spring. This spring, the goddess said, originated from her river.

Baz Bahadur did that and till date, the Narmada is found there at a spot called Rewa Kund – Rewa is another name for the Narmada and Kund is a tank. After that there was nothing to hold Roopmati back and she eloped with or married her lover (versions wary).

The lovers were inseparable. The king lost track of his duties and his kingdom became vulnerable to enemies. It was at such a time that Akbar is said to have heard of the beauty of Roopmati and her divine voice and asked that she be sent to his court in Delhi. However Baz Bahadur refused to do that and sent a terse letter back to the emperor saying that his wife was not going anywhere.

Angered, he sent his general Adham Khan to subdue the rebel king. Baz Bahadur was no match for Khan and after one tortuous encounter where he lost many of his men, he fled. Adham Khan marched into his kingdom and demanded that Roopmati now become his consort.

Distraught the queen resisted. But when Khan refused to listen to her entreaties, she agreed. Come to my palace, she told the impatient general at the appointed hour in the evening and I shall be yours. However when Khan reached her chambers, he was greeted by her lifeless body. Roopmati had poisoned herself, choosing death over Adham Khan.