The birth of Soma 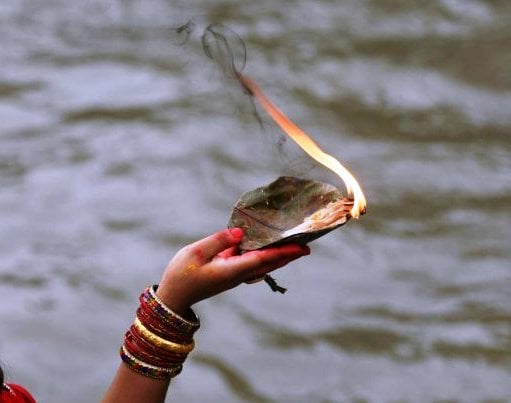 The myth about the birth of the moon god, Soma, is the most beautiful birth story in world mythology, to the best of my knowledge. And the story is uniquely Indian.

The story tells us of Sage Atri being asked by Brahma to engage in the process of creation. Atri wanted to acquire the power needed for this and with that intention, started a powerful form of tapas called ‘anuttara’, a name which means the highest tapas, beyond which there is no other tapas.

Sage Atri was purity itself and such was his commitment to the tapas that he soon reached the highest peaks of spirituality, and the Ultimate Reality, the Brahman, appeared reflected in the still lake of his mind. Soon he was possessed by the pure ecstasy of the experience and tears of supreme joy started flowing from his eyes. This is the bliss that cannot be understood, it is ecstasy unsurpassed, what we know as the purest ananda in molten form running down the cheeks. And, as those tears began flowing, the guardians of the eight directions transformed themselves into women and drank up those tears. They were in love with those tears and wanted to conceive children out of Atri’s ecstasy.

The women became pregnant but found themselves incapable of bearing the powerful fetuses in their wombs and pushed them out of their wombs. Brahma, the Creator, gathered the fetuses and joined them to form a single magnificent child who instantly grew into a youth. This was Soma, the moon god.
Subsequently the Creator endowed him with every imaginable weapon and thus empowering him, took him to his world, the Brahmaloka, where the brahmarshis requested him to make the youth their lord. After this he was thus anointed, as the lord of the brahmarshis the youth grew even more lustrous and divine as sages, gods, gandharvas and apsaras sang the Sama hymns in his praise.