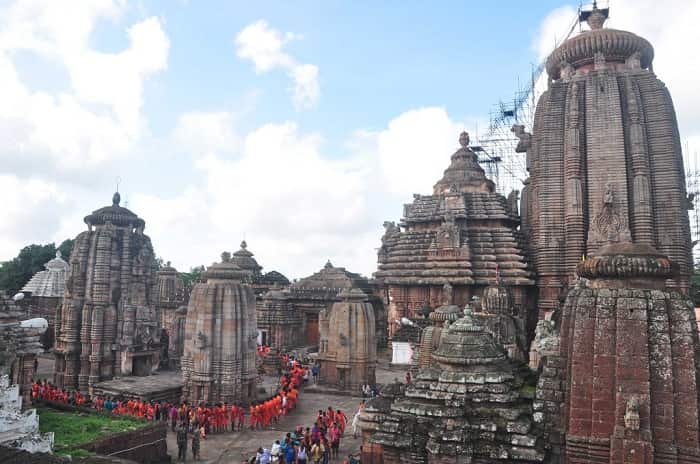 Once upon a time, there lived a king, who ruled the kingdom of Drumila. A just and benevolent ruler, he was however an unhappy man. He had no sons and it bothered him that there was no heir to his kingdom. He consulted the sages about his predicament and they advised a yagna, which he performed with pomp and splendour.

Soon after, 11 days later, he had the gods appear before him in a dream. They asked him to choose the sons he wanted and the king, without any thought or hesitation he asked for two sons, who would grow up to be powerful men, who could neither be defeated by gods nor men. And so were born Kriti and Vasa.

Celebrations followed and the two grew up amidst love and attention, so much so that they ended up as brash, selfish and arrogant young men. And with the invincibility boon in their armour, they set out to spread terror in the kingdom and beyond. And there came a day when they challenged the gods.

From the cynosure of their parents’ eyes, the princes had become demons that scarred all who came in their way. The gods were worried and approached Parvati, for help. She heard them out and it so happened that on one of her forays to the world of men with her husband Shiva, she came upon an idyllic spot. It was Ekamra Kannan, a garden full of mango trees, located on the banks of a river. Parvati declared that she would like to spend some time there and Shiva left her there to go back home.

One day, Kriti and Vasa came to the garden and were surprised to see a beautiful woman selling curd. Parvati introduced herself as Gopaluni, the milkmaid who looked after the garden and offered them some sweet curd. The two were enamoured with her and proposed marriage.

Gopaluni, agreed but set a condition. Her husbands had to carry her on their shoulder. Of course, the two men smirked, a task as simple as this was hardly a condition! They went down on their knees and Gopaluni placed one foot on Kriti and the other on Vasa and transformed into Parvati. She pressed the demons down until they went under

The men pleaded for their lives and asked her who she was. Parvati told them that she had taken a human birth to vanquish the two since no god could defeat them. When their cries and pleas to the goddess to let them free and promises to reform their ways fell on deaf ears, the brothers asked for just one thing from the goddess. That people should not forget them and even if they did remember the bad they had done, their good deeds must also be counted into their memories.

The goddess kept her word and the huge pit created by the two demons being pushed underground is known as Devi-pada-hara tank (literally the place where the Devi’s feet were victorious) and the Ekamra Kannan is also called Kriti Vasa Kshetra, or the region of Kriti and Vasa. Over time, the people of the region have come to believe that the garden is the favourite place of Shiva and Parvati and there are many temples dedicated to them, the most famous being the Lingaraja Temple, in Bhubaneshwar, in Odisha.