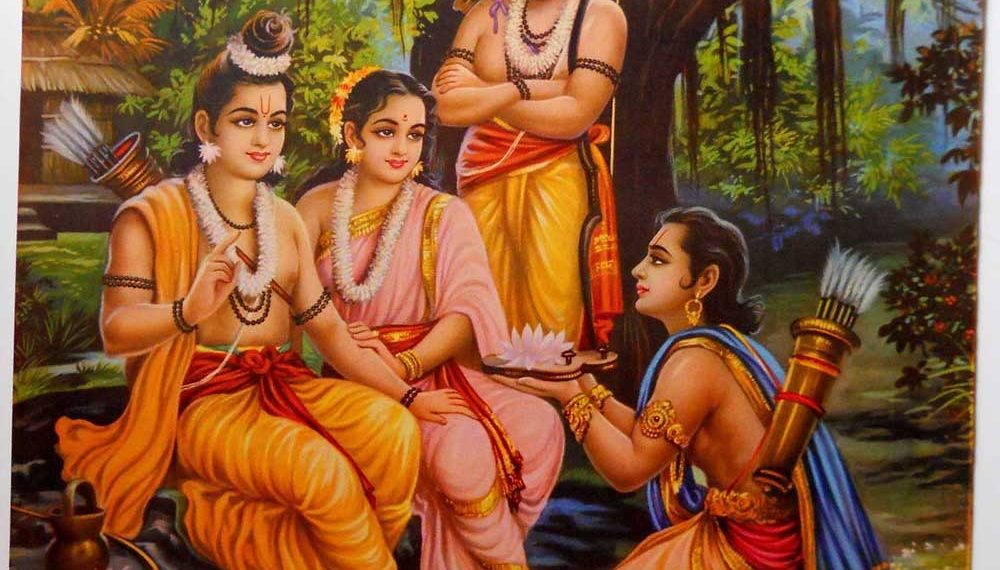 Vishnu lay asleep on the Ananta Naga (cosmic serpent), a sleep that encompasses the entire universe and that none can disturb. As he slept, a tortoise sought to touch his feet.

This is the lord of the universe, the tortoise had heard a lot about. He wanted to go up close and seek his blessings, or at least touch his feet. Just one chance to get near Vishnu.

However the serpent (Naga) guarded his lord fiercely and every time the tortoise came close, raised his hood and shooed him away. This went on for several days, months and years. Until it was time for Vishnu to awaken.

The tortoise had not managed to get near his lord but God is all knowing. And Vishnu had, in his mind’s eye, seen the deep desire and several failed attempts made by the tortoise. So he called out to him and told him that since he was so keen, he would get his chance. Only the tortoise had to be patient till Vishnu descended on the universe, in the avatara of Rama. For then the tortoise would be reborn as Kewat.

And so the story goes when Rama, Laxman and Sita needed to cross the river when they were in exile, they turned to the boatman on the shore. The boatman was Kewat (this is a caste that traditionally worked as boatmen) and as Rama and Sita got on to his boat, he had just one request. If I agree to ferry you he said, allow me to wash your feet. And thus the tortoise as Kewat finally attained his heart’s desire. And ever since, the tortoise has always found his place inside Vishnu’s temples.