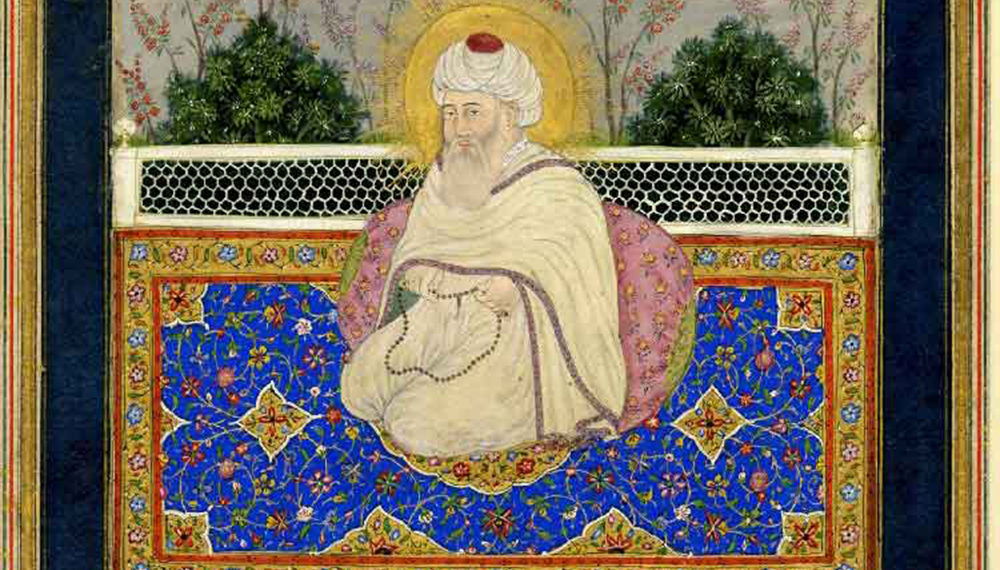 Bengal has seen the cult of many Muslim saints, known as Pir and among them was one known as Satya Pir. Around the 16th century, a Hindu poet, Fakir Rama Kavibhushana, is known to have written many stories about him and rendered them in Bengali verse. The following is a story about his power and communion with the poor and honest folk of his times.

Once upon a time in Chandannagar, in the district of Hooghly, lived a merchant who had three sons, Madana, Kamadeva and Sundara. On his death bed, the merchant requested the two elder sons to always care for the youngest, Sundara, in his absence. After the death of the father, the two elder brothers decided to go on a sea voyage and left Sundara in the charge of their wives, Sumati and Kumati.

The brothers had lost their mother long ago and Sundara’s brothers had taken great care to ensure that his education and comforts were always taken care of, even in their absence. The wives, however, turned out to be witches in human form. Every night they would cast a spell on Sundara and, climb a tree and fly away to the distant land of Kaynur (modern day Assam).

Sundara was oblivious to this aspect of his sisters-in-law. One night when Sundara was fast asleep, Satya Pir appeared in his room and broke the witches spell.  When Sundara realised that his sisters-in-law were not at home, he spent the rest of the night keeping a watch. When they returned, he questioned them about their whereabouts. The two were clever and managed to assuage his concerns.

But the two were worried. If the young boy found out it would mean the end of their way of life.  So they prayed to the goddess Kali and sought a boon to kill Sundara. And they managed to do that without much ado.

Before dying, Sundara had begged for a glass of water, but the witches refused and later left the body in the forest for the jackals. Satya Pir, who sensed trouble for his devotee, Sundara, reached the spot and breathed life back into him.

Now Sundara did not want to go home and sought instead to serve Satya Pir. But Satya Pir convinced him to go back and assured him of help, if he ever got into further trouble.

The women were horrified to see the man they had killed walking back into their home. So they killed him again, except that this time, they made seven parts of his body and buried each part in different places. Once again Satya Pir resurrected Sundara.

That night, the two decided to visit the palace of the King of Kaynur, whose daughter was to select a husband for herself. They climbed the tree at the appointed hour but found it unusually heavy. They carried on nevertheless, not realising that Sundara was hiding inside under the instructions of Satya Pir.

In Kaynur, Satya Pir led Sundara to the suitors’ hall. Now the princess who was a devotee of Satya Pir too, on the divine advice of the Pir, chose him as her partner. In the middle of the nuptial night, Sundara realised that the sisters-in-law would leave with the tree and he would be left back. So without waking the princess he left some instructions on her apron and climbed the tree and was soon transported to his village.

On realising that Sundara was back, the evil witches transformed Sundara to a bird and left him in the forest, where he was soon caught by trappers and sold him to a merchant. It so happened that Sundara’s brothers were at the moment returning from their trip. They had done well for themselves and earned a neat sum of money and on seeing the bird, decided to buy it for Sundara.

Meanwhile in Kaynur, the princess woke up to the note. The instructions were clear: When she missed him, she should head for Chandannagar.

When the bothers arrived home, they were sad to hear about the death of their brother. Their wives then began recounting all the ill deeds of Sundara, inventing an evil nature for him and a number of bad habits. As they continued their tirade, the princess arrived, claiming to be Sundara’s wife. The two witches tried their best to throw her out but the brothers decided to let her stay and handed over the bird that they had brought for Sundara.

The princess accepted her fate and would care for the bird with all her heart. As she sat one day with the bird for company, Sundara materialised in his physical form. He told her everything and she in turn, revealed the truth to the brothers.

Shocked and angry, they decided to teach their wives a lesson. A huge pit was dug and the two women were lured with tales of treasure lying inside. As they looked in, the two brothers pushed their wives in and buried them alive. The brothers then got married to two beautiful girls from Kaynur and all lived happily ever after.

Source: The Folk-literature of Bengal, by Rai Saheb Dineshchandra Sen