The sons of Dasaratha 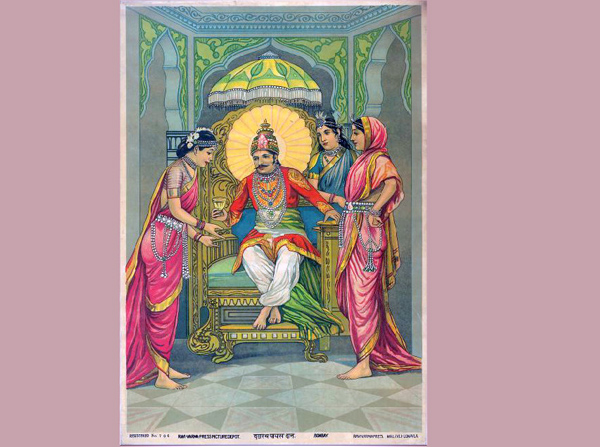 Among the Karbi tribe in North East India, the Ramayana is preserved as an oral tradition in the songs and performance arts of the region. The Karbis trace their origin to the Treta Yuga and believe that they are the descendants of a people who fought with Rama in his battle against Ravana. Their clan was responsible for carrying the ‘kar’ or the arrows of Rama and were called Karikiri and that name has, over the years, become Karbi.

In one of the many versions about the birth of Rama, Dasarath is called Dharam Longki or King Bamonpo. He rules Ayodhya which is located at the foothills of the Himalayas and has two wives – Cha Karbi who is human and the other is Hiyepi, a demoness. The king prayed to the god Yama for a child who advised him to go into the forest and find an orange tree. He should then throw something—an arrow or a stick, perhaps—at the tree and take the fruit that fell to his wives. They would be duly blessed with children, Yama said.

(There is another version that says that the tree was a mango tree and the advice was given by Yama’s wife.)

So the king did as told and he took the fruit back home. Hiyepi ate the whole fruit and gave the rind to Cha Karbi who, instead of eating that tied it in a ring around her waist. Cha Karbi gives birth to two sons: Rama and Lakshmana. In a slight variation, in another tale, Hiyepi did not give anything to her co wife. But when Cha Karbi found out, she was very hurt and swallowed the rind that Hiyepi had thrown away. And after the due period of time, both gave birth to a son each, Rama and Lakshmana.