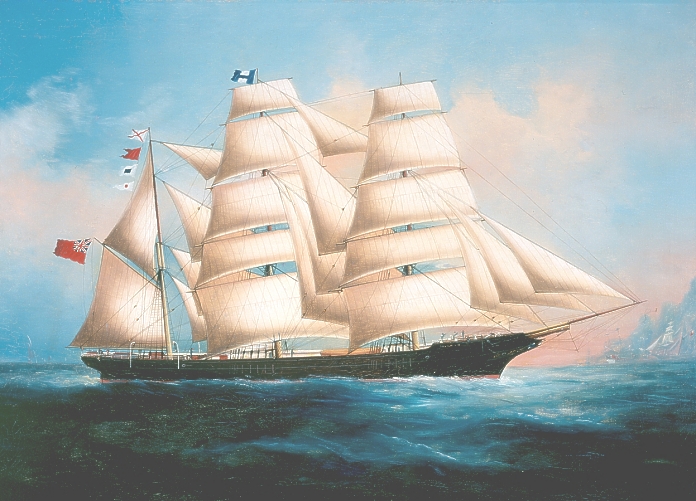 Once upon a time, there was a king, his name was Rajah Suran and he ruled over a kingdom in India. He was a very ambitious man and he wanted to be like his great great great great grandfather, whose name, strangely enough, was Alexander the Great! And Rajah Suran had the same ambition as Alexander had to rule the world. So he made all the kings and princes of the nearby kingdom bow down to him. He made them pay taxes and acknowledge him as the greatest king. But there was one king who refused to bow down and pay taxes and that was the Emperor of China. This made Rajah Suran so angry that he decided to invade China. So he gathered a huge army from every part of his kingdom, every part of his empire and this army was so big that it was impossible to count the number of soldiers, or horses, or elephants and weapons. Although he had this huge army, Rajah Suran had one little problem; he wasn’t exactly sure where China was! (No GPS, and Google maps in those days!)

So he imagined that it must be somewhere south and though we don’t know how he did it but he made this army move out of India and into Myanmar. They moved down through Myanmar, and they always kept the coast insight and the story goes that wherever they passed, they literally flattened the forests, the mountains trembled and they dried up the rivers and the lakes as the army drank so much water. It is said that it took them six months to cross a single village. And they went down through Thailand, into what is now Malaysia and eventually they reached the beaches of the Straights of Johor, where over a narrow strait one could see Singapore, which was then called Temasek.

Here they had to stop and build boats to ferry them across. Building these boats took a long time and Rajah Suran became very impatient. Every day he grumbled to himself “How long before we reach China? How long before that arrogant Emperor says that I am the most powerful king?”

At last, the whole army was in Temasek. They marched southwards but didn’t take long before they reached the Southern Sea and could go no further. Rajah Suran realised that if he wanted to reach China he would now have to travel by sea. So, he set his men to building hundreds of strong ships. But he still didn’t know which way to go, so he sent men off in every direction with instructions to find the way to China and to find it quickly.

The Emperor was very worried. He called all his ministers together and asked for their advice.

“What shall we do? If Rajah Suran finds the way to our land, he will surely defeat us; his army is so much bigger, so much stronger than ours. We must find a way to stop him.”

“Oh yes, I have it. I have a good plan,” he cried. He whispered his plan into the Emperor’s ears and the Emperor smiled for the first time in days.

“Yes, that is a very good plan, go and get the things you need at once.”

The Chief Minister went down to the harbour to find a ship to sail to Temasek, to sail to Singapore. But he didn’t look for the best ship, the fastest ship, the newest ship. Oh no! He searched the harbour until he found the oldest ship there was. Its planks were worn, and its sails were yellow with age.

The other ministers, who had not heard the plan, were puzzled, and wondered, “How was this old ship going to help them? How was it going to stop Rajah Suran’s mighty army?”

They were even more puzzled when they heard who was going to sail on the shop and what it was going to carry. The chief minister chose the sailors himself. He chose the oldest men he could find. Some of them were so old that they could hardly walk and had to be carried onto the ship.

The people said, “Old me, sailing an old ship? The Chief Minister has gone crazy!”

Then the Chief Minister did something that seemed just as ridiculous. He ordered that huge fruit trees should be dug up, planted into pots and carried onboard the ship. Lastly, he ordered that all needles in the city, every single one should be brought to the palace. By next morning the palace courtyard was filled with great piles of sewing needles. The Chief Minister ordered the servants to pick up the rusty ones and put them into the sacks. The servants worked hard and by nightfall, they had gathered 50 sacks full of rusty needles, which were put on board the ship.

The servants and the other ministers were convinced that the Chief Minister had gone crazy. An old ship with old sailors, old fruit trees and old rusty needles; how was that going to save them from the terrible army of Rajah Suran?

The ship was set to sail and in a few weeks, the ship arrived in Temasek. Rajah Suran and all his men were still there, and they still didn’t know the way to China. When the lookouts spotted the old ship limping into the harbour, with huge fruit trees growing on its deck and a crew of old grandfathers, they couldn’t stop laughing.

Soon everyone had gathered around this strange ship and even Rajah Suran came to see. “Where have you come from?” he asked. “What country is that has such old sailors?”

The oldest of the sailors spoke, “We have come from China. When we set out, we were all strong young men – we were carrying a cargo of fruit tree seeds and shiny new sewing needles. But it took us so long to get here that we have grown old, the seeds have become trees and the needles have become rusty.” And he opened one of the sacks of needles to show Rajah Suran.

As he stared down at the rusty needles, Rajah Suran sighed. If China was that far away his soldiers would be old men before they got there; too old to fight. He too would be an old man. He realised it was not worth it, and he would send his army back to India, go and conquer other, nearer lands. And so, the huge army turned around and marched back the way it came, and China was saved.

That is not the end of the story; we now come to the mythological part! Some stories say that Rajah Suran did not go back to India straight away. They say that he stayed back and walked the beach. Every night he had the same dream, of land below the sea, the Southern Sea. So he made his men make a glass bowl and set it down the sea and there he discovered the undersea kingdom. There he met the king of the seas and his daughter. And as it happens in such tales, the king fell in love with the princess and she with him, and they got married. They had three sons and lived together happily for many years.

But then Rajah Suran began to miss the world above the ocean, the food of his people, the sky, the sunshine, the trees and the birds flying free in the blue sky.

He became sadder and sadder until his wife told him that he should go back to his own world, back to his own people. He wanted to take her and their sons with him. But the great King of the Sea said no, his daughter and the boys must remain in the undersea kingdom. But he did promise that when the boys grew into men, they would come up out of the sea and become kings on the land.

And some people say that is just what happened; when the boys grew up, they came out of the sea near a place called Palembang, in Sumatra, Indonesia. The youngest prince became the King of Palembang and his brothers became the kings of the neighbouring kingdoms. He got married and had a son of his own.

If you came from Singapore you would have heard of that son before, for his name was Sang Nila Utama. The very same Sang Nila Utama who sailed across stormy waters to the land of Temasek, saw what he thought was a lion, and gave the country its name, Singapura – the Lion City!

But that, as they say, is another story.

Interestingly the Malay annals were written in the 15th century at the decree of the Sultan of Johor and the whole idea was to entrench the Malay royalty, to connect them to the glory of Rajah Iskandar (Alexander the Great) to show that they deserve to be royals. It is also possible that Rajah Suran came from the ancient Indian Kingdom of Kalinga, which at one time covered much of eastern India and established the mighty maritime empire. It is also interesting to see the Indian influence in South East Asia all the way down to Indonesia.