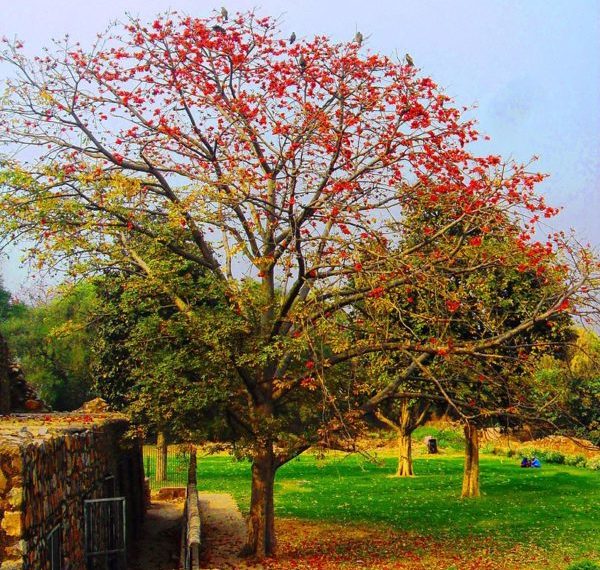 The cotton tree known as the semul/semal/salmal in various parts of the country has a number of folk tales woven into its appearance, its origin and as is the case with all ancient literature, with the moral fabric of the society that holds it sacred.

One story is from Orissa where the tree is an inadvertent part of a king’s search for heirs. The story goes, a local and powerful king from the village of Judagarh had two wives but was childless. He loved his wives and did not want another one so he set a reward out—half the village as his kingdom, for anyone who cured the queens of their infertility.

A demon called Kaliya Dano lived in the next village. The demon had spent most of his life masquerading as a holy man and had quite mastered the art of preying into the vulnerabilities of the rich. He responded to the kings’ call with an elaborate plan. The king felt hopeful and did as Dano asked; he sent his queens to the neighbouring village.

Dano wasted no time in doing what he intended to do and within a few days of the queens arriving at his doorstep, he ate them up. The king soon grew anxious but whenever he sent his men to look into the matter, they came back with the same report. Dano was deep in penance and not talking.

Days turned to weeks and months and the king’s patience grew thin. Finally he gathered his army together and marched into Dano’s village. Upon seeing the marching men make their way to his home Dano fled into the forest. The king stormed into the hut only to find it empty, no queens and no demon but only skulls and bones.

The king and his men gave chase to see Dano clambering up a Semul tree. The demon, to keep the men from following him up, pulled out his sharp teeth and pushed them into the trunk so that no one could climb up after him. And there he perches to this day, is teeth preventing others from going up and also preventing him from coming down.